The day has come, Xiaomi has presented the new Redmi Note 9 Pro and Redmi Note 9 Pro MAX and has taken us out of doubts and speculation. Two terminals very very similar in practically everything, not counting the differences in fast charging and camera sensors. 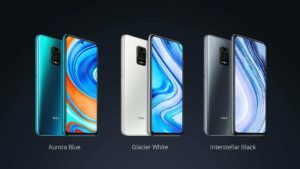 We start with the "little one" of the future best seller. 6.67 ”screen with FHD + resolution, with a ratio of 20: 9 and protected with Gorilla Glass 5. It has a 16 MPX camera for selfies embedded in the screen. And we go with the raw power of this Note, Qualcomm's Snapdragon 720G with 8 cores and a maximum speed of 2.3 GhZ, 8 nanometers, UFS 2.1 with configurations of 4GB of RAM and 64GB of storage or 8GB of RAM and 128GB of storage , yes, without the possibility of expanding via MICROSD card. Focusing on the photographic aspect, we have 4 sensors on the rear with 48MP in its main sensor, 8MP for the Super Wide Angle lens, 5MP for macro photography and an extra sensor for depth readings.

5,020 mAh battery with a fast charge of only 18W, somewhat short for these times. Regarding connectivity we can find 4G, WiFi 5, BT 5.0, GPS, Infrared Port and USB Type C. As a novelty, the fingerprint sensor will be housed on the side of the terminal. Finally, and as a negative point, this Note 9 Pro does not have NFC, something that for a certain audience could be decisive when choosing one phone or another. 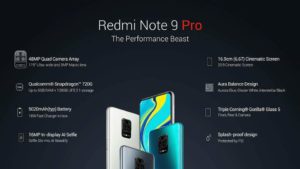 The second part of this KiboNEW stars the older brother, named Redmi Note 9 Pro MAX. Practically traced to the Note 9 Pro, with the only differences in camera settings and fast charging. The terminal in question also has 4 sensors in the rear, although this time with a 64MP sensor manufactured by Samsung compared to the 48MP sensor that its "younger brother" equips. The front camera has 32MP compared to the 16MPX of the Note 9 Pro. As for fast charging, 33W with the charger included in the box. 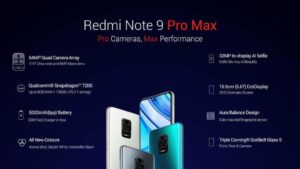 Also in the Software section we will have, along with Android 10 and MIUI 11, the ELITE GAMING provided by the processor itself.