Visit us on Social Networks

The Chinese manufacturer OnePlus will launch in 10 days two new models of the OnePlus Nord, the so-called N10 and N100. Which is a surprise, since they would be the first mid-range and low-end terminals of the Chinese manufacturer. On October 26, we hope to get out of doubt since Oneplus could officially announce these two terminals. In principle, all that can be said about these two OnePlus terminals are leaked specifications that still leave us with many doubts but here we tell you everything we know so far. 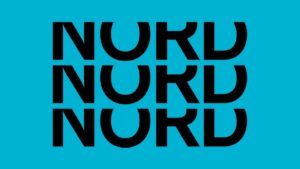 We will start talking about the OnePlus Nord N100, which could have a screen of 6.52 inches with HD resolution Plus.

As for its processor, this new low-end OnePlus terminal mounts the snapdragon 460, a processor that is very good for the range it is aimed at. It has eight high-performance cores at a maximum speed of 1.8 gigahertz. It allows fast charging up to 18 watts and it works exceptionally well with practically all applications and games.

This OnePlus Nord N100 also has a triple 13 megapixel camera as the main sensor, with 2 megapixels of macro and 2 megapixels of depth sensor to take very successful photos for the range in which it moves.

All this accompanied with 4GB of RAM and 64GB storage and the most spectacular thing about this new OnePlus is its battery of nothing more and nothing less than 6000 milliamps and fast charging of 18 watts ... Hours and hours glued to the mobile? It seems…

Now we are going to focus on the mid-range OnePlus Nord N10 5g this OnePlus terminal comes to wipe out the mid-range by mounting a panel 90 Hertz FHD + 6.49 " of screen.

Governing this OnePlus Nord N10 5G we have as processor the Snapdragon 690 5G, Qualcomm's new processor with 5G that supports displays of up to 120 hertz for the mid-range. It is an 8-core processor with a speed of up to 2 gigahertz.

Supports displays up to 120 Hertz refresh rate and cameras up to 192 megapixels. According to Qualcomm it is a 20% more powerful than the Snapdragon 665, it even has a better performing 60% and supports 18W fast charging.

4 rear cameras with a main sensor of 64 megapixels, an 8 megapixel wide angle and a 2 megapixel macro function will be the envy of other brands with which this mid-range Oneplus competes at the moment.

The operating system that comes standard would be Android 11 with the spectacular layer of the manufacturer Oxygen OS 11. 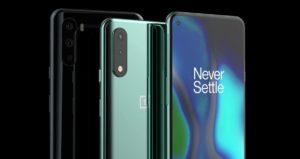 Stay tuned because we will soon bring more OnePlus news!

We use cookies to offer you a better browsing experience, analyze site traffic, personalize content. Read about how we use cookies and how you can control them by clicking "Privacy Preferences". By continuing to use this site, you agree to our use of cookies.

Stock Notices We will inform you as soon as the product enters stock again. Just leave us your email below.