Just a few hours ago the new Realme 6 Y Realme 6 Pro . We are going to make a comparison between the two, but before we start we have to admit that we have not found very large differences on paper. We will probably find the clearest differences in the user experience where the different processors show us their true ins and outs. AnTuTu scores, experience of using games, battery life or overheating of the same will be issues to analyze when we have both. But to open your mouth we already tell you that the best thing is that they are not different in terms of the screen, because both have a display with a refresh rate of 90Hz 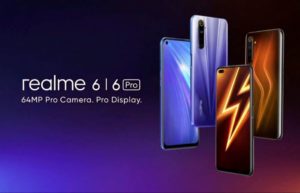 The first difference is found in the processors where the Pro opts for a successful Qualcomm Snapdragon 720G while the normal model is not far behind when choosing the Mediatek Helio G90T.

As for the photographic section, the only difference is that the Realme 6 Pro has a 12MP telephoto lens while the lower version opts for a 2MP B / W sensor. In the rest the cameras are the same and are controlled by the Samsung GW1 64PM sensor

The truth is that it is difficult to find differences between the two terminals and among them we highlight that of the front cameras.

The Realme 6 Pro has 2 lenses. the main 16MP plus an 8MP wide angle. The smallest model only has a 16MP front camera. In both smartphones the cameras are perforated on the screen itself.

Coupon | Code
AFPWG4TS
* For orders over € 50, not applicable to special offer items