It is official, Redmi today presented its first smart bracelet called Redmi Band. It is one more alternative to the Xiaomi Mi band that we all know, although the Redmi still has a cheaper price.

The Redmi smart bracelet comes with a color screen and they promise us a autonomy of up to 14 days. Regarding the design, the Redmi Band has a square appearance and as one of the main differences with respect to the Mi Band is that it has a connector Integrated USB hidden under the strap. As for the screen, it is a 1.08-inch AMOLED color screen with a resolution of 240 x 120 pixels. In the menu we can configure or customize multiple aspects since it has up to 72 different spheres. 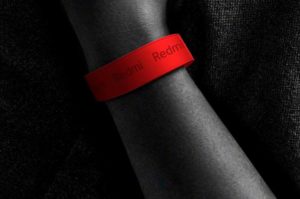 Regarding the functions of the Redmi Band we have sleep control, heart monitoring and up to five different modes of sports activity such as: walking, cycling, treadmill, running outdoors and free exercise.

Regarding its availability and price we know that the Redmi Band will be released in China on April 9. The price is undoubtedly very attractive since they are 95 yuan which is about € 13 in exchange. Logically, if it goes to the international market, to those € 13 we would have to add its corresponding VAT and most likely we would talk about a price around € 19

As we learn more about the Redmi Band, we will update this entry.